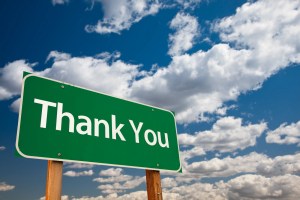 You may not remember me. It’s been quite awhile.  My name is Laurie. I was the lady with the blue Toyota stranded on the side of the road. It may not have seemed like it at the time, but I really appreciate your helping us with the flat tire. I was nervous and jittery, and I think you thought it was due to the tire. But the truth is that my children and I were on the run from my abusive husband. I was terrified that he would pass by or some lunatic would stop and do something awful to me and the kids. But you showed nothing, but kindness. In fact, I think you must have known something was up because you gave me your card. I didn’t plan on ever contacting you, but you crossed my mind today . I just want to thank you again for helping us. May God bless you.

As John read the email, tears streamed from his eyes. He had no intentions on reading anything. His goal was just to send a note to his mother explaining why he did what he did. John knew this was a sign. A sign that life was not over. That the events that led up to this moment of depression were just that, moments. He was about to make a permanent decision on something temporary. Hadn’t he preached to the youth about the importance of faith and talking to others when problems arose? He was sitting in the position of being a hypocrite. A youth pastor who talked the talk, but didn’t walk the walk. How many young souls would go in the opposite direction based on his actions?

Sure it was an embarrassment to find out his wife was sleeping with a member of the congregation. Not just anyone – his best friend. And yes the pending divorce was painful and the debts seem to rise with only one income now. The side glances from members and even the senior pastor placing someone else above him were frustrating. He thought about leaving the church, but this was all he had known. John felt trapped and useless, but was it worth death?

He read over the email again. More tears fell. He pushed the gun away and reached for the Bible on the far end of the desk. The gesture was symbolic in that John had let the world dictate his fate. He had not drawn near to God to help him. He opened the book and pages upon pages of highlighted text spoke to his wounded spirit. When he was filled, he dropped to his knees to pray. He finished by giving thanks to God.   As he rose, his perspective changed.  Despair was turned to hope.  He found faith again even though the situation had not changed.  He knew his limited sight was matchless compared to God.  Surely, He would see John through.   Then he proceeded to respond to Laurie’s email.

Yes, I remember you. I’m so glad to hear that you and your children are doing well. I did sense that something was wrong and thought I’d give you my card just in case. I never knew that doing so would inspire your email and the impact it would have. Thank you for reaching out. May God bless you and your family.

3 thoughts on “Price of a Thank You”