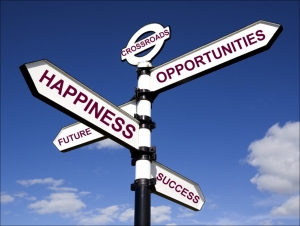 Felicia Wilfred Johnson is the oldest child of Pete and Sarah. From the moment she was born, she didn’t give her parents any trouble. She barely cried, slept through the night, and seemed to “use” the bathroom at the most convenient of times and with very little smell. Pete and Sarah doted on her. Of course, as more children were born, this meant that time had to be divided amongst the brood. She didn’t complain. Just accepted the situation.

As Felicia grew into a beautiful, young woman, her parents had insinuated what college to attend, who she should date, and what she should do with her life and in what timeframe. Felicia felt the pressure, but never said anything because she did not want to disappoint her parents. She was unhappy, but thought her parents knew best. At the age of 43, all of that changed.

When Monica was a child, she held to the adage “children should be seen and not heard”, but it was what was in her mind that really counted. Monica was the curious, but determined type. In school, she got good grades, but often challenged her teacher with questions and curiosities that the textbook could not fulfill. When this happened, she’d trot off to the school library to find out.

In her teen years, Monica remained smart and determined, but she had more personality now. She wasn’t a social butterfly, but was known by many. Part of this was because folks knew she was Kach’s little sister. That made her automatically accepted and cool.

She served in school government 3 of her 4 years there, and was even named homecoming queen her senior year. While all of this was great and provided wonderful memories, Monica was more concerned about the direction of her future. She visited a number of college campuses, but settled on Sullivan University. Here is where her life would change forever.

Most people thought Felicia had no backbone. Not because of her behavior and actions with her parents, but because she did not stand up for herself with anyone.  Her 25th high school reunion was an epiphany – she had been living for everyone else. She went to the college her parents chose, though she never had a career because she married. She dated and married the man her parents thought was right for her. She had the number of kids everyone thought was appropriate.  She lived in the house her husband chose .  Even her children were involuntarily directing her life with what they would or would not do.

Sitting at the reunion table decorated in the school’s colors, Felicia looked around at her former classmates.  They still looked youthful and full of life.  It didn’t appear that anyone was pulling puppet strings to make them do anything.  And when they spoke it didn’t sound like they were uttering words or phrases that were for the approval of others.  They were exhibiting THEIR lives – not the Simon says version she considered her plight.

When Felicia went to the bathroom, she looked at herself in the mirror.  Her hair was long,  just as it was in high school, but now it was salt and peppered instead of the dark brown from before.  She saw the crows’ feet around her eyes, and first signs of wrinkles forming around her mouth and neck.  Where did the time go?

When Felicia was small, she loved picking flowers. It was something about the colors and smells that drew her in. She envisioned owning a flower shop, but being a wife and mother was the end-game. She always wanted to travel and see the world, have friends she could talk to. What she had instead was silence. Well, she did have Monica, but sometimes the sisterly conversations didn’t make her want to confide.

Her marriage was more routine than love.  They ate dinner the same time each day, watched the same shows, and had sex every Thursday for the same amount of time and same position.  As for the kids, they really were the parents.  They told Felicia where they would be going, and determined what, if any, chores they would or would not do.  Her husband was the disciplinarian so when the kids were unruly, he had no problem in getting them back on track.  On most occasions, Felicia felt like a stranger in her own home because she had no control over anything.  She wanted life to be so different, but she always second guessed herself and thought everyone else knew better.

On the drive home, Felicia sat in silence while watching the familiar scenery of the town roll by.  With each landmark, she began to feel resentment form in her belly.  It moved to her heart, and then finally to her brain.  She had to do something to be happy.  For the next few days, she began to concoct a plan of escape in her mind.  On the following Tuesday, she put the plan into action.

During the first few weeks at Sullivan University, Monica went from being a lowly freshman to a breakout star.  She was known around campus for being smart and headstrong, but because the  previous summer had been good to her, she had developed more womanly features that the male population admired.  One such male was Chay Sullivan.  He was no relation to the founders of the university, though he sometimes used the similarity of name to get in good with women.  Sometimes it worked, but most times it did not.

On a cool autumn afternoon, Monica walked from her dorm to the library.  She needed to do research for her English Lit paper, and wanted as little distractions as possible.  This was the reason that she chose the wooden table in the back corner.  Her plan for silence and focus were interrupted by Chay’s greeting and banter.  Monica didn’t like to be rude to others, so she entertained the chit-chat for a few moments.   Then she gave subtle hints, like looking at her books or getting up to locate another one.  When the hints didn’t work, Monica had to excuse herself to continue her work. Chay bid adieu, but not without asking her out.  Monica gave a firm “no”.  Chay took it lightly, and made it his mission to turn her no into yes.

When summertime came, most students went home.  Monica stayed on campus instead to take classes.  She wanted to get ahead, but also didn’t want to be a total bookworm.  One warm summer evening, Monica decided to take a break and visit one of the nearby clubs where students hung out.  She didn’t have a car so she walked since it was a short distance.

Once she arrived, she noticed that most of the inhabitants were locals.  There were a few students she recognized, but none that she interacted with.  She went to the bar to order a ginger ale, and then sat down at one of the nearby tables.  Several men asked her to dance, but she turned them down.  She just wanted to people-watch while listening to good music.

After the thrill of the club was gone, Monica got up to leave.  One of the men from earlier asked to escort her home.  She declined.  On the short walkpath to her dorm, she heard someone behind her.  When she looked, there was no one there.  After a few more steps, she felt something clothesline her from behind.  She fell down in the bushes, and tried to scream, but was sucker punched.  She scratched and clawed at whoever was offending her.  She was punched again.  This time, she was out like a light.

When Monica woke up, she was at a hospital.  How did she get here?  And where were her clothes?  She looked down to see the hospital gown.  Her face hurt.  Then she saw her arms and legs – each with it’s covering of cuts and bruises.  When she turned to find the nurse call button, her back began to ache.  Finally finding it, she pressed the button.  Shortly after, a thin woman in pink and brown scrubs arrived.  Monica inquired about her situation only to find out that she would have to speak with the police officer waiting in the hall.  What would be revealed was that there was an attempted rape.  While this was the expected shocker based on Monica’s recollection of events, the bigger surprise was in who the culprit was.